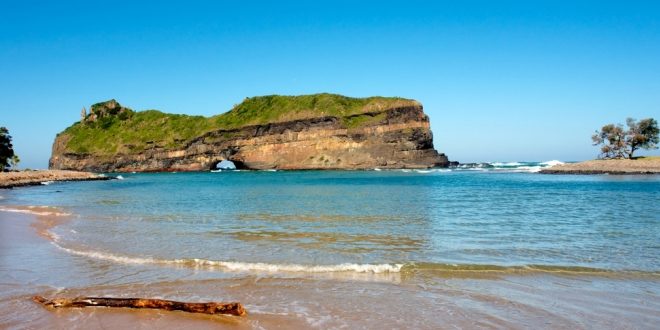 7 November 2018 Comments Off on The Eastern Cape Versus the Western Cape – What’s the Difference?

First-time visitors to South Africa can’t be blamed for not knowing their eastern from their western when it comes to the capes. They’re relatively near to one another, and have many similarities. So, what’s the difference between the laid-back Eastern Cape and the slightly-busier-but-still-very-chilled Western Cape?

The Lowdown on the Eastern Cape

The Eastern Cape is a massive, but quieter province. It stretches from Storms River to the area previously known as the Transkei (which borders KwaZulu-Natal), and inland to include gorgeous mountains. The Eastern Cape is characterised by some large cities, like Port Elizabeth and East London, but mainly by its rural Xhosa villages, which freckle the landscape. Cattle roam the grassy plains and there is an undeniable sense of space and solitude.

The Eastern Cape is also home to some magnificent game reserves and national parks, thanks to all of the space available for the wildlife to roam. A few of the best known of these are Addo Elephant National Park, Shamwari Private Game Reserve, Kwandwe Private Game Reserve, and the Baviaanskloof Mega Reserve. For this reason, the Eastern Cape is fantastic for safaris, bird watching, and game viewing. Look out for the Big 5 – elephant, rhino, buffalo, lion and leopard.

This province has an extensive coastline, and the waters are fairly warm and safe for swimming. There are also loads of rivers that lead to the sea, particularly between Port Elizabeth and East London. These create pretty holiday retreats along the coast. It is an awesome destination for anyone that loves watersports and, because of the consistent winds, it has become a world-class kiting destination.

The Lowdown on the Western Cape

A little more cosmopolitan than its eastern counterpart, the Western Cape tends be more about shopping, winelands, and entertainment. Of course, there are many spectacular natural areas here too; with its impressive mountain ranges, verdant valleys, exquisite white-sand beaches, and endless stretches of vineyards.

In fact, the Western Cape is known the world over for its wines. So, it is not surprising that, around the main city centre of Cape Town, there are many wine farms. Here, visitors can taste some excellent wines (or pair them with delicious meals).

More than just the metropolis, the Western Cape is home to unique little towns and villages that give it its character. These include Franschhoek, Swellendam, Robertson, Paternoster and Hermanus. A little further away from Cape Town, there is the Garden Route. This is home to Knysna, Mossel Bay and Plettenberg Bay, amongst other gems.

Cape Town itself is home to some of the world’s best-known attractions. These include Table Mountain, Robben Island, the V & A Waterfront, Kirstenbosch National Botanical Gardens, and the Two Oceans Aquarium.

Adventure sports like shark cage diving, bungy jumping, abseiling, kloofing and mountain climbing are a must here, because the landscape lends itself to exploring. The ocean waters are significantly cooler in the Western Cape than the Eastern Cape.

Well, it’s almost impossible to choose between the two. They both have incredible natural areas, plenty of history and lashings of culture. The Western Cape offers great shopping, plenty of history, world-class wines, and first-class entertainment. The Eastern Cape is hard to beat in terms of its game reserves, stunning warm sea water, pristine beaches, friendly folk, and tranquillity. They both have loads of charming historical towns and lashings of culture. In addition, they both have plenty of accommodation – ranging from guesthouses and B&B’s to game lodges, resorts, hotels, and apartments. Find a full range of establishments on SA-Venues.com. 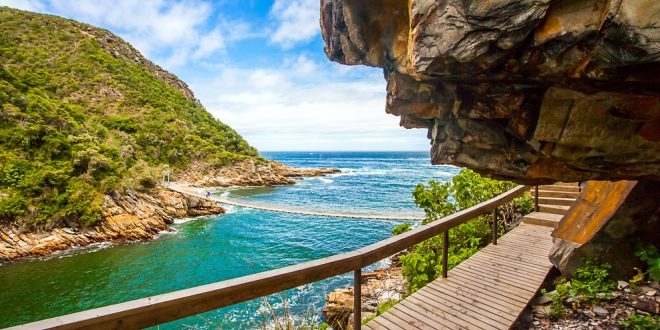 South Africa is a country of extraordinary variety. Whether you’re after beaches, mountains, forests, valleys, or busy city centres, this is the place to find them. And, as a destination, there is no shortage of world-renowned attractions in South Africa. But, there are also loads of gems that may not be as well known but are every bit as beautiful and exciting to explore. These have the advantage of (often) being quieter and easier on the budget.

There’s an ethereal kind of beauty about the Klein Karoo. It’s different, unassuming, and a little mysterious. A little town like Graaff-Reinet has loads of history (it’s the oldest town in the Eastern Cape), friendly people, and plenty of character. It’s surrounded by the Camdeboo Park, which has incredible populations of plants and animals and is home to the breathtaking Valley of Desolation. Other Klein Karoo towns with unique appeal include Nieu Bethesda and Cradock.

More than being a World Heritage Site, the Baviaanskloof is spectacularly beautiful. Walk, hike, cycle and 4 x 4 your way through the rugged terrain to get the most out of it. This is all about steep mountain passes, deep gorges, incredible rock formations, lush greenery, and unspoilt plains. Animals that call this home include the leopard, baboon, vervet monkey, zebra, eland, kudu, and buffalo. There are also loads of raptors and other exciting bird species.

This seaside Garden Route town is another gem. Although tourists sometimes pass through it en route to or from Cape Town, it remains fairly quiet. But, it has so much to see and do. This is a hotspot for shark cage diving, fishing, surfing, swimming, whale watching, SCUBA diving, cycling, shopping, and sampling some excellent seafood. Mossel Bay has a stunning climate, and is only 1.5 hours from Knysna and about  4.5 hours from Cape Town.

4. The Lake District of Mpumalanga

Seeing the glimmering blue of the Mpumalanga lakes is soothing to your soul. Around Lake Chrissie, which is the main lake of the district, there are 320 more lakes and pans of different sizes and shapes. And, where there’s water, there’s life. Find an amazing variety of birds, frogs, and butterflies. Or, just relax while you drink in the views, which are nothing short of humbling.

Tulbagh stirs up all kinds of nostalgia with its old farmhouses, views of the mountain behind a haze of summer heat (or, very rarely, topped with snow in the winter), and quirky locals. Go on wine tastings, visit the museums, cycle through vineyards, hike through mountain fynbos, or explore the orchards on the back of a horse. This little town in the Cape Winelands is a very special retreat, just 1.5 hours from Cape Town.

This part of the Garden Route is lush, green, and filled to the brim with adventure. When visiting Tsitsikamma, you can choose from ziplining over the spectacular forests, ziplining over tannin-stained waterfalls, segwaying through the Storms River village and forests, horse riding along the streets and country trails, and tubing down Storms River. This is one of the most awesome holiday attractions in South Africa for the family.

These attractions may be quieter than the mainstream South African hotspots, but they offer all of the necessary facilities, including accommodation to suit your budget and needs. Have a look at SA-Venues.com to book guesthouses, lodges, B&B’s, or hotels on one easy platform. 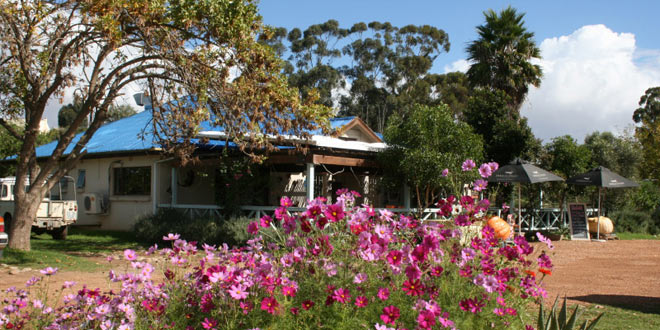 Delish – A Must Stop on the N2 to Garden Route

Along the N2, on the scenic route between the Garden Route and Cape Town, is the welcome pit stop and favourite diner, Delish. Perched in the gorgeous countryside of the Western Cape, this eatery is a great stop for the family and hungry travellers needing an invigorating cup of coffee, a tasty meal, and a chance to recharge.

The menu is filled with homemade delights that are as tasty as they are comforting. Wood-fired breads and hearty pies are par for the course, as are homemade preserves and sauces. These make for awesome take-aways and gifts for those back home.

The menu has a great selection of breakfasts, ranging from the traditional bacon and eggs to the creamed spinach and bacon with poached eggs, or the smoked salmon with cream cheese and capers on rye.

Choose from the 500 gram T-bone steak, the springbok shank, pan-fried kob, or the chicken and basil pesto pasta. There are some Banting meals on offer too. Delish is open for breakfast and lunch every day, as well as for dinners from Wednesday to Saturday. The Sunday lunches are hearty and beautifully presented.

The wine shop’s stock is comprehensive, with a selection of local labels to impress the winos, as well as craft beers and some rather special spirits.

Heidelberg is just over 270 kilometres from Cape Town, and is known for its pretty landscapes. There are a number of hiking and cycling trails around it, and the area is great for bird watchers that want to combine their love for birds with the peace and tranquillity of this gorgeous part of the Western Cape.

16 April 2017 Comments Off on Exploring George

Flanked by the imposing Outeniqua Mountain Range and the exquisite Indian Ocean, George is particularly pretty. This beauty, combined with the heritage of this town, makes George a prime tourist spot for families, honeymooners and backpackers wanting to experience South Africa. The climate here is somewhat Mediterranean, with rainfall particularly during the nights and the winter months. The summers are moderately hot and the winters cool to cold.

George is one of the Garden Route’s main towns, situated almost halfway between Port Elizabeth and Cape Town (about 100 kilometres closer to the PE side). This is one of the oldest cities in the country and still retains much of the old-world elegance and architecture of yesteryear. George is the capital town of the Southern Cape. END_OF_DOCUMENT_TOKEN_TO_BE_REPLACED 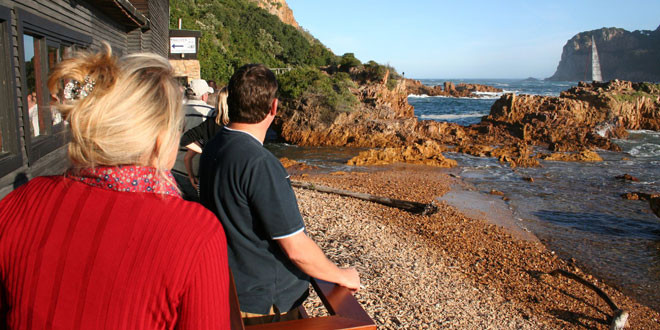 10 April 2017 Comments Off on Exploring Knysna

Knysna is one of the best known gems along the world-famous Garden Route. It is situated between Port Elizabeth in the Eastern Cape and Cape Town in the Western Cape. Although it has become a popular tourist attraction in the last two decades, Knysna’s history goes far further back; its forests being the famous home of African Elephants and forest-dwellers with an entire culture of their own in times past.

The spectacular scenery of Knysna is, undoubtedly, its most precious asset. The Indian Ocean tumbles through two mountain faces called The Heads. Together, these sandstone cliffs form a narrow channel, which connects the lagoon and estuary to the wild waters of the sea. Walking trails up The Heads reveal awe-inspiring views, not only of the impressive channel, but also of the tranquil lagoon that stretches to the horizon, lush forests and the mountains that they adorn. In fact, these views are, in whole or in part, something that can be enjoyed from just about any part of Knysna. END_OF_DOCUMENT_TOKEN_TO_BE_REPLACED 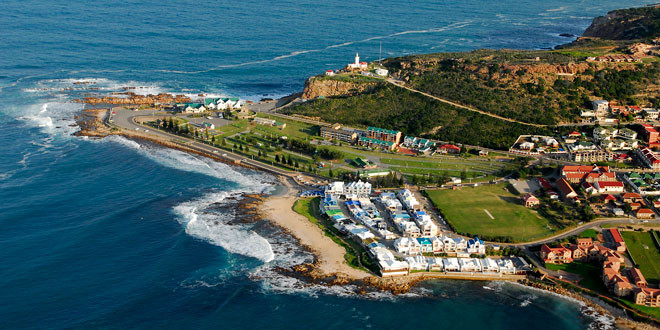 Mossel Bay sits along the gorgeous Garden Route of South Africa; a route characterised by verdant forests, winding rivers, craggy mountain ranges laden with fynbos, and a white sandy coastline that rivals some of the loveliest beach destinations in the world. This harbour town marks the halfway point between Cape Town in the Western Cape and Port Elizabeth in the Eastern Cape. Mossel Bay is not only a convenient spot along a well-known route, but it is also exquisite in its aesthetic appeal.

Flanked by the vast azure of the Indian Ocean, the pristine peninsula, and the dramatic rugged faces of the Outeniqua Mountain Range, Mossel Bay remains an important fishing and industrial hotspot, with liberal lashings of history, charm and intrigue. It is close to the towns of George, Knysna, Oudtshoorn and Swellendam, making it an accessible base for explorers. END_OF_DOCUMENT_TOKEN_TO_BE_REPLACED