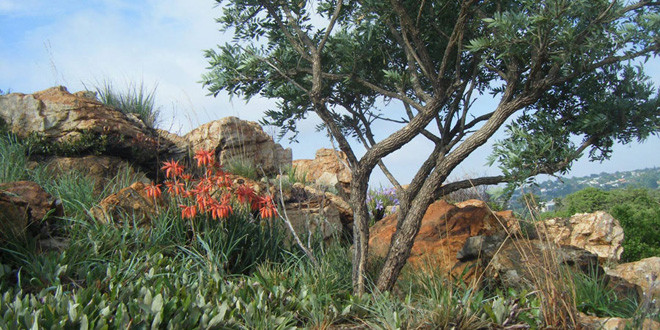 In the heart of the Johannesburg area of Emmarentia is the picturesque Melville Koppies Nature Reserve, which combines natural abundance with a fascinating insight into prehistoric South Africa. While the Gauteng Province is most often thought of in terms of its commercial, industrial and retail wealth, it is also home to a number of natural treasures, and Melville Koppies is certainly one of these.

Melville Koppies comprises the last conserved remains of the Johannesburg ridges, the rest of which were destroyed by mining for gold in the late 19th century. The reserve occupies about 150 hectares of unspoiled, even wild, countryside. The rock formations are estimated to be three billion years old and stone tools that were found here indicate that mankind occupied the region some 500 000 years ago. This gives the entire area a poignant ambience that is deeply haunting and special. Melville Koppies Central has been declared a Heritage Site.

Today, the area is sensitive, and it is essential that it is conserved carefully and responsibly. As a result, visitors are invited to experience its splendour without leaving their mark. Therefore, no braais, picnics, vehicles, generators, electricity, shops or sound systems are permitted. These restrictions go a long way in maintaining the integrity and tranquillity of Melville Koppies Nature Reserve.

There are hiking trails through the reserve, which are fantastic ways to see the beauty without impacting too much on the surrounds. The hikes are fairly strenuous, though, and require that hikers are fairly fit and have some experience. They are certainly not suitable for little ones, the elderly, or those with physical pain or challenges. No mountain biking is permitted in Melville Koppies Nature Reserve.

All of the flora found in the reserve is indigenous to South Africa, and testifies to the magnificent variety to be found within the borders of this glorious country. There are trees and Highveld grasses, as well as flowers. Some of the wild flowers bloom only in spring, creating a rug of colours, textures and scents.

The geology of the region is, undoubtedly, one of its major appeals. The Kaapvaal Craton, upon which the reserve lies, is about 3.5 billion years old and extends for about 1.2 million square kilometres under Southern Africa. It is one of the earliest parts of Earth’s crust. As the mountains weathered over millions of years, they broke down into massive river deltas. These sediments built up in layers and eventually became different kind stone; including shale, quartzite and siltstone. It is at the base of these solidified sediments that Melville Koppies lies.

Thanks to its variety, which makes for a range of habitats, the Melville Koppies Nature Reserve is also home to many different animal species, including an impressive selection of birds. In fact, bird ringers frequent this reserve to conduct their work in quiet, peaceful surrounds. Some of the bird species found here include the crowned plover, pipit, warbler, wailing cisticola, malachite kingfisher, tawny flanked prinia, Cape longclaw, crimson breasted shrike, eagle owl and laughing dove. In fact, there are about 185 species that can be enjoyed by avid bird-watchers. In addition, there are a number of other animals in the nature reserve. Some of these are the African hedgehog, slender mongoose, African civet, rock elephant shrew, leopard tortoise, lesser spotted genet, scrub hare and Jameson’s red rock rabbit, as well as a number of snakes.

Thanks to such abundance and diversity, the Melville Koppies Nature Reserve is an idyllic spot for nature lovers, corporate groups and photographers to immerse themselves in the unspoilt, wild face of Africa.