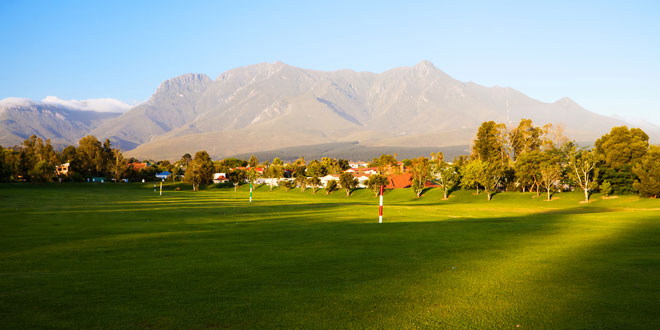 Posted by: South Africa Bloggers 16 April 2017 in Attractions and Places, Explore Our Cities Comments Off on Exploring George

Flanked by the imposing Outeniqua Mountain Range and the exquisite Indian Ocean, George is particularly pretty. This beauty, combined with the heritage of this town, makes George a prime tourist spot for families, honeymooners and backpackers wanting to experience South Africa. The climate here is somewhat Mediterranean, with rainfall particularly during the nights and the winter months. The summers are moderately hot and the winters cool to cold.

George is one of the Garden Route’s main towns, situated almost halfway between Port Elizabeth and Cape Town (about 100 kilometres closer to the PE side). This is one of the oldest cities in the country and still retains much of the old-world elegance and architecture of yesteryear. George is the capital town of the Southern Cape.

Despite being a relatively small (but ever-growing) town of such historical import, the infrastructure of George is modern and efficient. Therefore, it is amply equipped to deal with the many tourists that visit it every year. There is a huge variety of malls, event facilities, attractions and activities to keep the entire family busy.

The town was established in response to the growing need for timber in the late 1770’s, when the Dutch East India Company set up a timber post in the area now known as George. Today, this area is still known for its wood production and processing. The surrounding mountains and passes needed to be developed for the purposes of transporting this timber. For this reason, the Outeniqua Mountains and the Montagu Pass were focused upon and developed.

The early 20th century saw a railway being built over these mountains. The Outeniqua Choo Tjoe still travels along the old railway route between George, Hartenbos and Mossel Bay. This is South Africa’s last scheduled mixed steam train service. It was declared a preserved line in 1993 and guarantees breath-taking scenery.

Some of the most popular attractions and activities in and around George include: