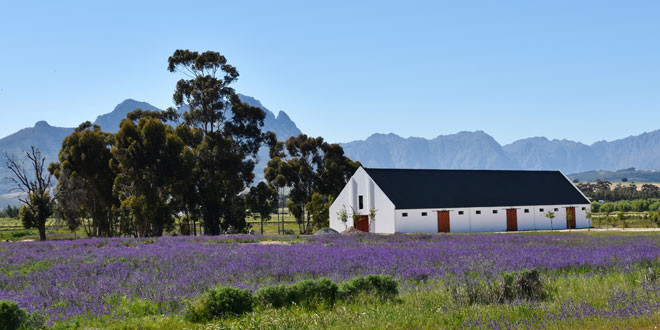 Posted by: South Africa Bloggers 4 April 2017 in Attractions and Places, Explore Our Cities Comments Off on Exploring Stellenbosch

One of the primary towns of the Cape Winelands, Stellenbosch  is renowned for the incredible wines produced in and around it, as well as for the history that is felt in its architecture, wide roads, and many museums and galleries. More than this, Stellenbosch exudes an irresistible allure, thanks to its verdant beauty. Oak trees line the streets (in fact, this was once called City of Oaks by the Dutch settlers that discovered its inordinate beauty) and the surrounding mountains are visible from just about anywhere in this university town.

Stellenbosch is about 50 kilometres outside Cape Town in the Western Cape and is surrounded by other Winelands towns like Paarl, Pniel and Franschhoek. The rolling hills and mountains are adorned with immaculate vineyards, where the fruits are sweetened by the South African sunshine and the hands that pluck the grapes have viticulture in their blood.

This is the second-oldest European settlement in the Western Cape (Cape Town being the oldest), and some of the buildings date back to the 17th century. It was officially founded by Simon van der Stel, the Governor of the Cape Colony, in 1679. Its history is evident by the Dutch, Georgian and Victorian architecture that characterises these old buildings. Some of the wine farms have the original homesteads intact (or partially intact), which lends the farms an undeniable feeling of grace and old-world charm.

The wine farms are, undoubtedly, Stellenbosch’s treasures. Here, world-renowned wines are produced, using liberal lashings of both tradition and modern equipment. There are more than 150 wine farms on the Stellenbosch Wine Route alone, giving visitors plenty of variety. Some of the vineyards well worth a visit include Lanzerac, Simonsig, Beyerskloof, Zevenwacht, Villiera, Blaauwklippen, Delaire Graff, and Spier. Many of these farms pair wine tastings with a tour of the farm and its facilities. Some also have restaurants attached to them so that the tasting experience is rounded off to perfection.

For those in the mood for some culture, the Stellenbosch Village Museum is enthralling. There are also restored homes that are hundreds of years old, in which authentic furniture and keepsakes can be discovered. These include the Blettermanhuis, Grosvenor House, Schreuderhuis and Om Bergh House.

Stellenbosch is home to a number of fantastic restaurants, cafés, bistros, coffee shops, and cocktail bars. Hungry (and thirsty) travellers will not be disappointed by the variety of eateries that line the streets, sit snugly under the oaks, or flank the pristine vineyards and boast breath-taking views.

In the centre of the town, an eclectic collection of shops, boutiques, galleries and speciality stores await explorers. Ambling along the streets, perusing the stalls and taking a break at a pavement café are all fabulous ways to savour the loveliness of Stellenbosch.