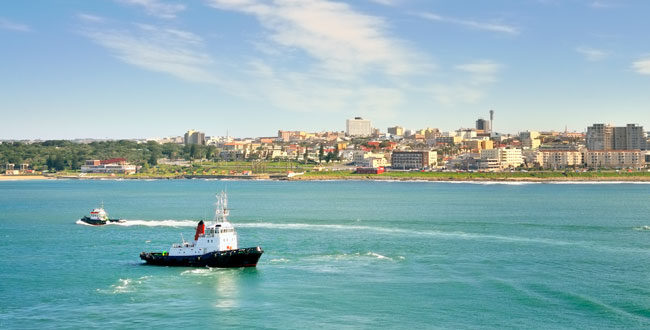 Posted by: South Africa Bloggers 20 April 2017 in Attractions and Places, Explore Our Cities Comments Off on Exploring East London

Part of the beautiful Sunshine Coast, which remains relatively quiet in terms of international tourists, East London, also known as Buffalo City for its positioning on the Buffalo River, is home to some of the most inviting beaches in the country and, some would argue, the world. Notably, East London is the only river port in South Africa, which not only makes it unique but functionally essential too.

East London is characterised by a slightly more tropical climate than the rest of the Eastern Cape. This means that it is humid, but also lush with vegetation typical of this climate. This gives it a real “summer vacation” feel. It is free of malaria and bilharzias threats, making it safe for families and the elderly.

Buffalo City is somewhat quiet, not subject to the hustle and bustle of an urban metropolis. So, even in the balmy summer months, it is mainly the locals that frequent the beaches, attractions and eateries in and around the town. This gives visitors an opportunity to immerse themselves in the true spirit of East London.

Here are some of this city’s most popular things to do and see:

• The Amatola Mountains are nearby, and are ideal for outdoor-lovers that want to be part of the fresh air and clear blue skies that make the Eastern Cape so special. Hiking, walking, cycling, mountain climbing and abseiling are all on offer in this exquisite range.

• See the huge sand dunes of Bonza Bay. These make for stunning pictures, but are also fun for climbing and sand-boarding. They are especially great for children, who will love rolling down them.

• A trip to East London is not complete until you have visited its beaches, for which it is renowned. These include Gonubie Beach (a paradisiacal beach that has earned Blue Flag status), Nahoon Beach (most popular amongst surfers), Orient Beach, Eastern Beach, Cove Rock, Igoda Beach, Gulu Beach (an angler’s Mecca), Kidds Beach, Shelly Beach and Fullers Bay.

• The East London Museum is famous for having the only Dodo egg in the world. It depicts the history, culture and geography of the area, as well as of the earth, providing insights into its beginnings and some of its most fascinating residents.

• The East London Aquarium and Ocean Viewing Deck showcases hundreds of fish species as well as penguins, seals and other marine life. There is a scheduled seal show, which will delight young and old alike. The whale deck allows visitors to look out onto the ocean through a telescope and spot the whales that frequent the coastline between July and December. Interestingly, this aquarium has the only Cape Pigmy Clawed Lobster display in the world.

• A visit to the East London Coast Nature Reserve is a must for any visitor to Buffalo City. This reserve amalgamates 10 other coastal reserves and two inland forests between the Great Kei River mouth and the Tylomnqa River. In addition to breath-taking scenery, visitors may enjoy hiking, fishing, horse riding, bird-watching, and photographing the spectacular surrounds.

• The Steve Biko Garden of Remembrance is dedicated to this respected figure of South African history, who played an integral role in anti-apartheid initiatives.