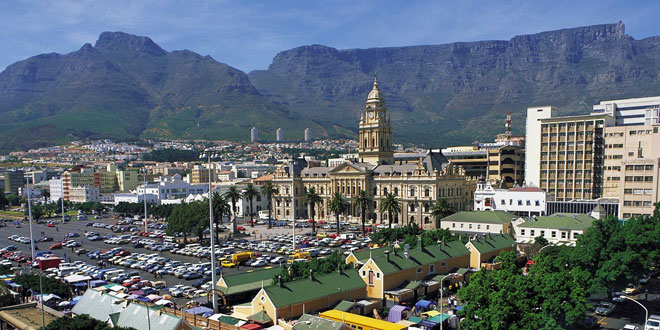 Posted by: South Africa Bloggers 25 November 2013 in Attractions and Places Comments Off on Exploring the Cape Town City Bowl

Cape Town, known also as the Mother City, is one of South Africa’s chief tourist hotspots. The City Bowl is, as its name implies, the main part of the buzzing city centre of Cape Town with a distinctive amphitheatre shape to it. This lends it an air of being exclusive, while it is surrounded by the gorgeous mountains of the Western Cape; namely, Table Mountain, Lion’s Head, Signal Hill and Devil’s Peak.

The Cape Town City Bowl comprises some of the city’s most popular suburbs. District Six and the Bo Kaap are known for their political and historical relevance. Oranjezicht, De Waterkant and Higgovale have earned acclaim for their unique homes and character-filled streets, and Tamboerskloof and the Company Gardens are hives of activity with restaurants, tourist attractions and plenty of shops.

Greenmarket Square is in the heart of the City Bowl. This market is brimming with intriguing stalls that offer everything from food and clothing to curios, music and keepsakes. Strolling around, meeting locals and shopping under the South African sun is an experience not to be missed.

Long Street is another hub of entertainment, fine dining, nightclubs, boutiques, pavement cafés, top notch hotels and attractions. It has a vibe that cannot be defined, a life of its own. It runs through the heart of the city and many of the buildings are very old, restored back to their former glory. The charm, combined with the modern vibe, is quite irresistible.

The V & A Waterfront is a shopaholic’s delight. Perched on the edge of the sparkling ocean, this is more than a mall. It has an enormous array of shops, galleries, restaurants, stalls, boutiques, and so much more. Speciality stores and eateries abound, and the Waterfront promises a truly sophisticated experience of South Africa.

The Cape Quarter is about honouring Malay architecture while showcasing décor, arts, crafts, and lifestyle goodies. The who’s who of Cape Town often meets here for shopping and socialising, creating a very cosmopolitan hub.

The Company Gardens is a pretty public park that is alive with bright blooms, in which playful squirrels scuttle, waiting for visitors to feed them. Locals can often be found sunbathing, reading under the trees, or simply strolling through the Japanese Garden or past the House of Parliament (Cape Town is the legislative capital of the country). This is a peaceful retreat, despite being in the very heart of Cape Town, and is fabulous for families with children.