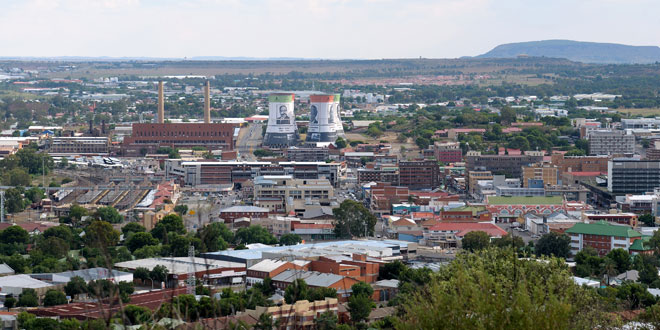 Posted by: South Africa Bloggers 17 April 2017 in Attractions and Places Comments Off on Bloemfontein’s Attractions

Laid-back Bloemfontein is deceptively large and progressive. The general atmosphere is one of a small holiday town, but this metropolis is, in fact, ever expanding and amply equipped for the many tourists and locals that visit it. Known as the City of Roses for the thousands of rose bushes that line its street and adorn its gardens, Bloemfontein is a pretty oasis in a rather arid province.

The Sesotho name for Bloemfontein, by which it is often called, is Mangaung, which means “place of cheetahs”. It is the sixth largest city in South Africa and the judicial capital of the country. It is, geographically, in the very centre of South Africa as well as of the Free State Province.

Bloem is a historical town, a fact testified to by the old-world architecture and the numerous museums that tell the story of yesteryear. President Brand Street is one of the most scenic streets in the country, despite being nestled right in the heart of the commercial centre of the city. The road is flanked by old trees and the government buildings here were constructed in 1877.

The weather in Bloemfontein is not as temperate as it is along the coast. Winters are very cold, while summers are sweltering. However, this landlocked city benefits from a dry climate, which makes the heat a little more comfortable than the more humid areas along the coast. Of course, this can pose health problems to those with asthma and sinus issues.

During your time in Bloemfontein, try the following:

• Visit Naval Hill, a nature reserve that is perched on a hill, which gives visitors a fabulous view of the city as well as the beautiful scenery.

• Orchid House claims to have the largest collection of orchids in the world. For those that cannot see their splendour due to compromised eyesight, there is a fragrance garden to delight the senses and cultivate an appreciation that goes beyond the physical beauty of these flowers.

• The Bloemfontein National Museum is dedicated to conservation, research and education. The culture, heritage and history of this area are preserved within its walls for young and old to enjoy.

• The Freshford House Museum provides a unique peek into the lifestyle of the late 1800’s.

• A visit to Oliewenhuis Art Gallery is not only a cultural experience, but there are also beautiful turf and a tea garden and restaurant in which to enjoy refreshments.

• Young and old invariably love a visit to the zoo. The Bloemfontein Zoo is home to about 65 different species of mammals and a huge variety of birds. Especially popular are the primates at this zoo, who delight visitors with their comical antics.

• The SA Armour Museum boasts an impressive display of armoured fighting vehicles, restored vehicles in working order, a research library and a shop in which to buy mementoes.

• The White Horse is on Naval Hill’s slopes and was laid as a beacon for travelling horsemen during the Anglo-Boer War.

• For visitors looking for some excitement, the Windmill Casino & Entertainment Centre is just the place to be. Try your hand at different betting machines and take a chance. There are also tenpin bowling facilities and a number of great restaurants within this centre.

• Visit the Mangaung cultural route, which takes you through the local township, in which the African National Congress was originated. Enjoy local foods and cultural performances along the way.

• The Soetdoring Dam Nature Reserve is great for fishing, picnics, barbecuing, bird-watching, and taking drives to spot the game that live here.

Previous: Explore Umhlanga
Next: See and Do in Nelspruit